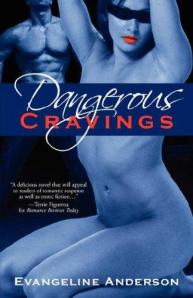 * (Please Note):  This post has adult content and is advised to be at least 18 years of age.  Enjoy!

At first glance, labels are just labels.  After all, if we couldn’t categorize things, how would we ever find anything?  But to label something often restricts.  For example, what if I said, “romance book” to a male?  Most men would call them bodice rippers in a condescending fashion and not even think of reading one.  It would never occur that this would contain meaningful content.

Alex is the female lead, and her entire life is conformity.  Her childhood was not ideal and her adult life has surrounds a need to fit into a career that is male dominated as a police officer.  We learn throughout the story that her sexual wants are based on a lot of her life experiences, including her childhood.

But with all of these things she is not happy in her life.  She spends so much time in controlled situations; she wants to be able let go sometimes.  Alex’s need is to be controlled, to be weak, and to need the pain is something that she wants out of the bedroom.

“Some people need to be tied down to feel free,” she emphasized.  “Even the toughest, most competent woman needs to be able to feel vulnerable sometimes.  If she trusts you enough to show you that side of herself, you should feel honored and try to be a little more accepting.  You have no idea how much courage it takes to admit to such feelings.”

Cole is Alex’s police partner for five years.  He is tall, buff, and manly and a former Marine.  While he might be a typical Alpha male character, he is not perfect.  We see him struggle with his desires to be a good father and deal with a bitchy ex-wife.  He also discovers that he is in love with Alex.  Is it worth the risk to this friendship and partnership to admit this love?  As Cole learns of Alex’s secret, he must accept her sexual needs.  What kind of man does this make him if he gets off on giving her pain?

“Although I had to admit that the idea of doing some of the things I had described to her was an amazing turn-on.  But damn it, I wasn’t supposed to feel that way for my partner, my best friend.”

I imagine that this would be a conflict that any vanilla male might struggle.  Think how a good Southern Christian boy might fight against years of social morals.

In simplest terms, this book is about acceptance and courage.  Consider your own lives.  Is there something about yourself that you are frightened to reveal to your partner?  Are you afraid of rejection and derision?  This novel illustrates how one person has dealt with this and then finally comes to terms with her sexuality.  Alex describes her needs:

“When my Master disciplines me, I feel all his attention centered on me—all his love, all his hate, every emotion—all for me.”

It takes courage for her to admit this to Cole.  For Cole, he must accept Alex’s wants and admit that being her Master does not make him an evil man.

This novel has a compelling suspense story that had me saying, “who did it!” at the end.  We had plenty of time for character development and I did not feel that either character were stock.

I really dislike first person and it took me a little while to get into the book because of it.  However, the content was excellent.  We switch perspective between Alex and Cole, so we still get to see each other’s inner dialogue.